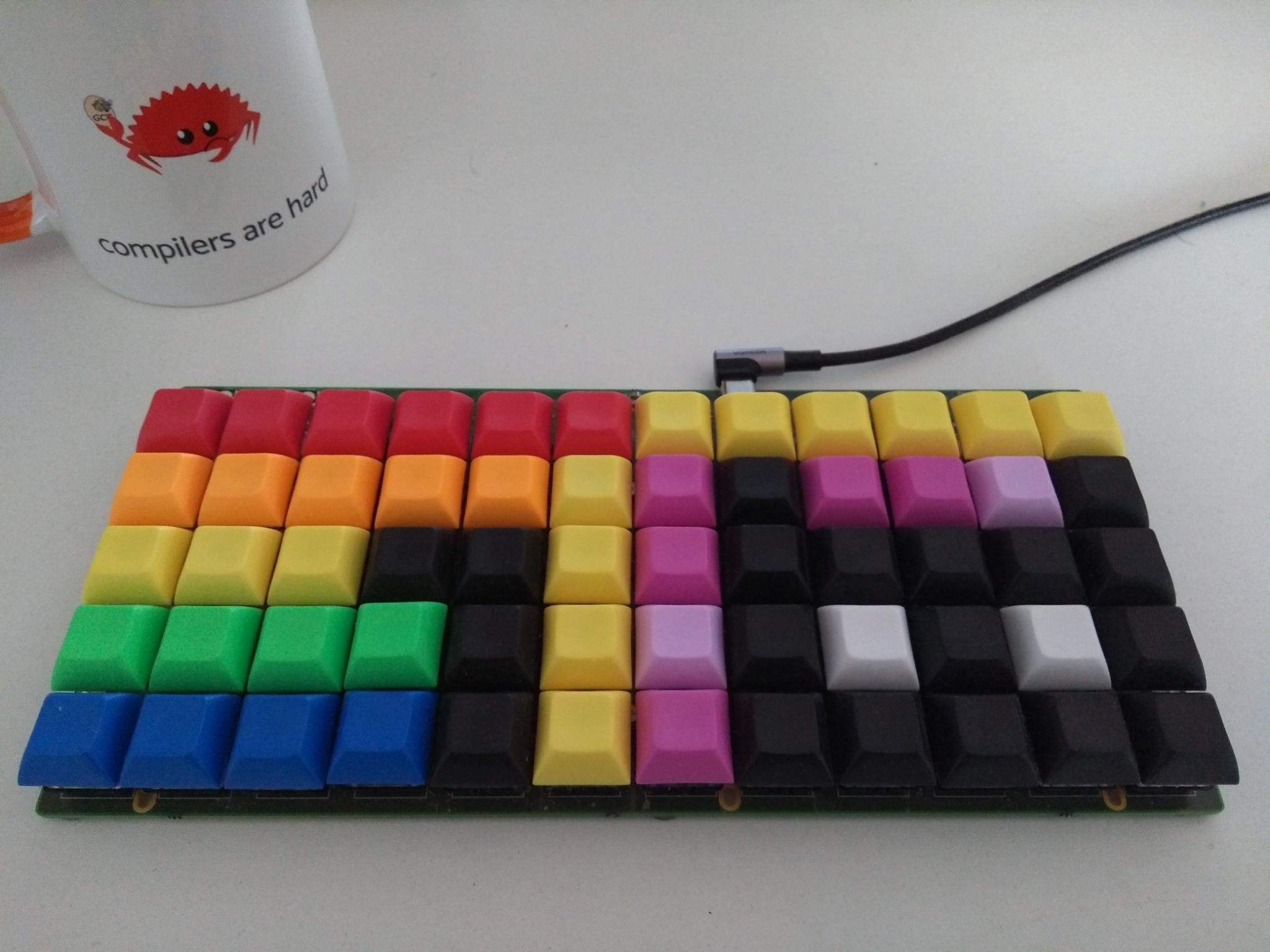 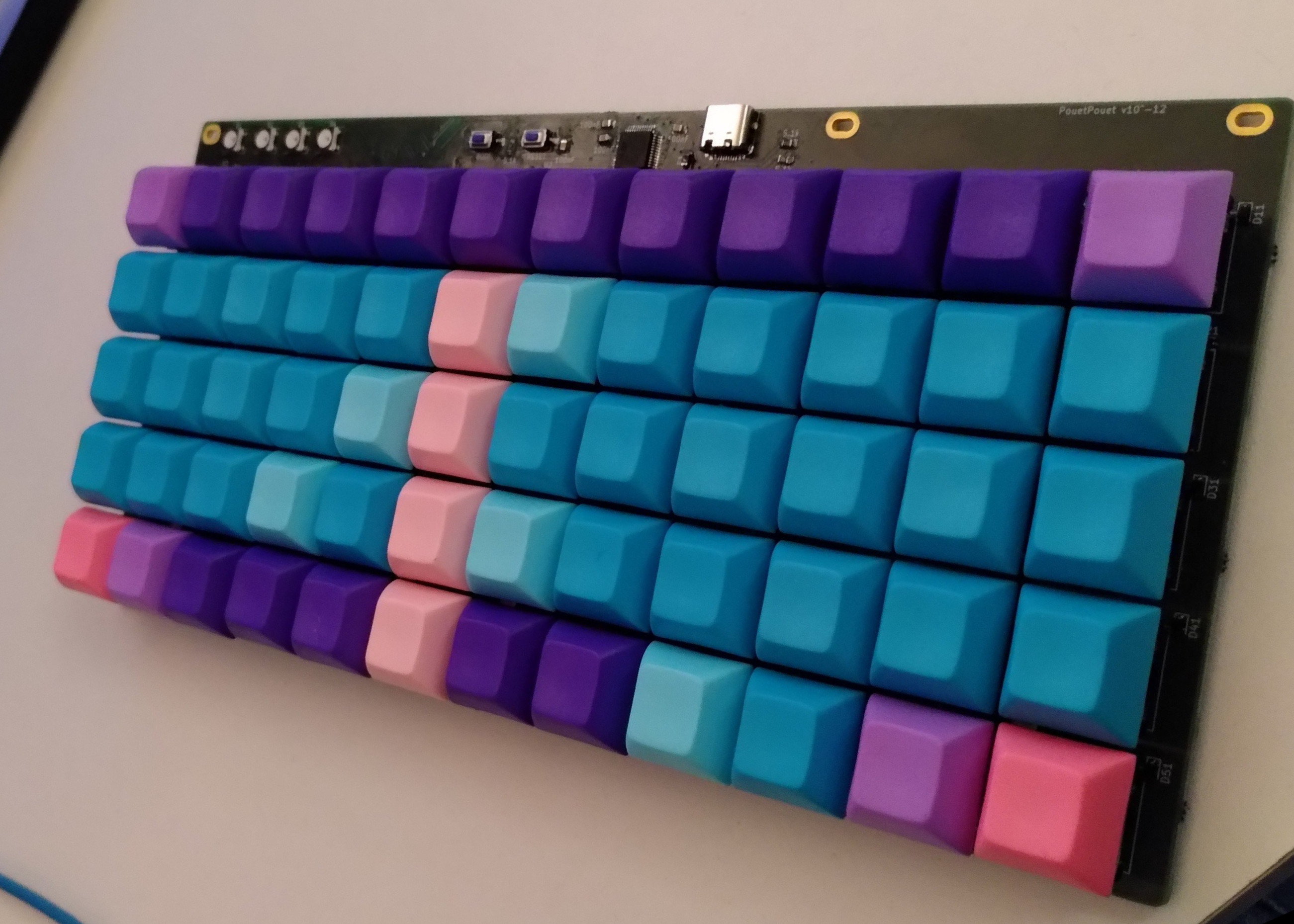 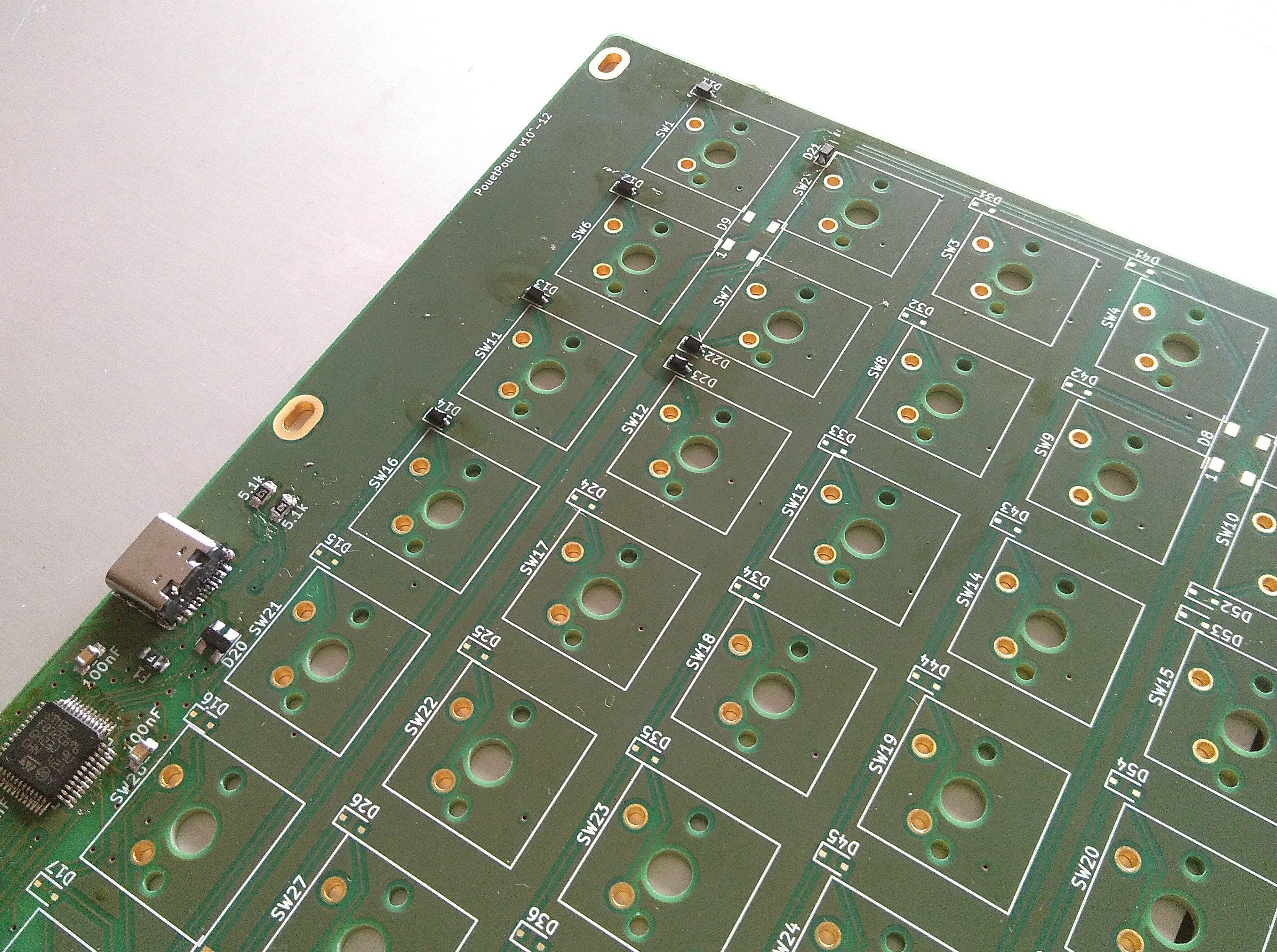 You can also see how the LEDs are currently used. It's mostly useless/for fun. They may be used someday to measure typing speed or do something else, but in the meantime, they blink like this:

Do not omit the --release as the debug code will not fit in the memory (the linker will raise an error).